Expert: Building a 600 MW reactor would be the most appropriate  option for Armenia 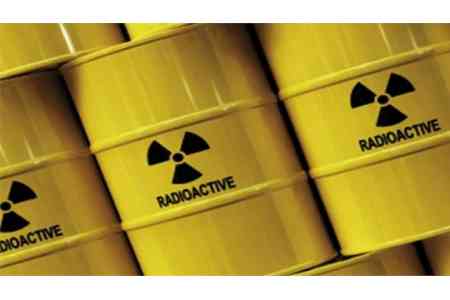 ArmInfo.In terms of scale, the most correct for Armenia could be a 600 MW reactor, the design of which is available in the research institutes of Rosatom. Energy  expert, editor-in-chief of Geoenergy.info magazine Boris  Martsinkevich stated this during the online bridge  Moscow-Minsk-Yerevan-Nursultan.

"I don't think Rosatom will refuse to talk about such a project. It  will only be glad. It all depends on what Armenia wants to have, "he  noted.

At the same time, Martsinkevich recalled that in 2012, large Chinese  companies bought 3 iron ore deposits in Armenia. However, due to  logistics problems, the development of these quarries has not yet  begun. He said that Chinese companies wanted to export the railway  concentrate, but the only possible option was through Georgia,  respectively, the Black Sea. "The Chinese decided it was too  expensive," the expert added.

In this regard, he expressed hope for the restoration of  good-neighborly relations between Armenia and Azerbaijan in the  transport issue. <Maybe, in this case, the issue will move off dead  center. New volumes of electricity will be required, and such a  decision (construction of a nuclear power plant) would be really the  most beautiful>, - said Martsinkevich, stressing that we should hope  for the restoration of relations, even if it is difficult and will go  through separate stages. "The most correct thing would be to start  with transport, this is the fastest and brings profit to everyone,"  he concluded.  To recall, in September, the head of the Rusatom  Service JSC department, Yuri Sviridenko, said that the Rosatom State  Corporation and the Armenian government are developing a memorandum  on the construction of a new nuclear power plant in the country.

According to the specialist, the matter concerns the construction of  a low-power reactor, which must be built by the end of the service  life of the 2nd unit of the Armenian (Metsamor) NPP. As Sviridenko  noted, literally in the near future, the process of modernization of  the 2nd bloc will be completed and a license will be obtained for its  operation until 2026. Rosatom Corporation will participate in the  process of technical operation of the plant and maintaining a high  level of its safety, as well as in fulfilling the task of further  extending the life of the reactor until 2036.

As it was said at the round table, practice shows that the station  can be operated until 2036 with the implementation of certain  measures to further improve its safety. It is by this time that the  government and the corporation plans to launch a new bloc of small  nuclear power plants operating on the basis of the modernized  water-cooled nuclear reactors RITM-200, which are designed to be  installed on icebreakers and promising floating nuclear power plants,  and which the corporation "Rosatom" intends to "land on the ground"