Armenia will allocate 32% more for infrastructure development in  2022: Pashinyan 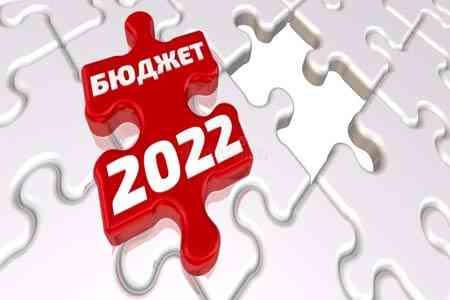 ArmInfo.Armenian Prime Minister Nikol Pashinyan believes that unblocking the economic and transport infrastructure of the region can qualitatively change the content and structure of the RA economy. He stated this in the parliament on  October 25, presenting the draft law "On the state budget of the  Republic of Armenia for 2022".

According to Pashinyan, in the context of the development of the  security system, not only the modernization and defense capability of  the Army is important, but also the creation of a favorable external  environment around the Republic of Armenia, the consistent  implementation of the agenda of opening an era of peaceful  development for Armenia, Artsakh and the region. "We see this by  overcoming the environment of enmity in our region, resuming the  negotiation process on the Nagorno-Karabakh conflict in the format of  the OSCE Minsk Group co-chairmanship, unblocking the regional  economic and transport infrastructures," he said.

In addition, according to the head of government, unblocking  communications can become an additional impetus for the development  of domestic infrastructure, ensure long-term inclusive economic  growth, and create equal conditions for Armenian citizens to conduct  economic activities, significantly increasing the attractiveness of  the economy for local and foreign investors.

According to the Prime Minister, in 2022 Armenia will allocate 32%  more for infrastructure development than in 2021 - up to more than  278 billion drams. It is planned to restore and repair roads with a  length of more than 500 km, design or build reservoirs, the volume of  work to improve the quality of drinking water will increase by 35% -  providing funding in the amount of about 11.5 billion drams. A start  will be given to tenders for construction work on the Sisian-Kajaran,  Kajaran-Agarak section of the North-South transport corridor.

To note, according to the draft budget for 2022, 278.6 billion drams  will be allocated for infrastructure projects, as well as projects  for the development of regions, or 31.6% more than the indicator set  in the state budget for the current year.