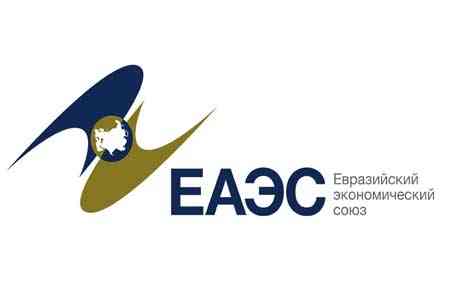 ArmInfo.On November 25, the Armenian government approved a proposal to sign the "Agreement on the Application of Electronic Navigation Seals in the Eurasian Economic Union (EAEU) for Tracking Freight Tracking".

Work on the draft agreement started back in 2020. After the  completion by the EAEU countries of intrastate coordination, the  document will be considered by the Council of the Commission. After  that, it will be sent to the EAEU states to carry out domestic  procedures necessary for signing the agreement. It is planned that  the agreement will be signed by the heads of state of the Union at a  meeting of the Supreme Eurasian Economic Council in December this  year.

The draft agreement provides for the use of a technical device  operating on the basis of navigation satellite systems technology  during the transportation of goods by rail and road. The document  defines the objects of tracking, cases and conditions for tracking  shipments.

The use of electronic navigation seals will allow minimizing various  forms of state control over the movement of goods and cargo, as well  as ensuring the legal circulation of goods in the Union.