Regular container trains start to run from China to Georgia 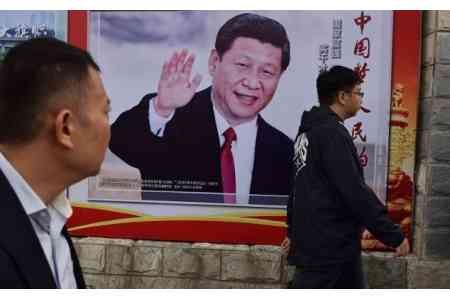 ArmInfo. For the first time, a container train departed for Georgia from the Gansu province in north-central China. This was reported by newsgeorgia, referring to the statement of the Georgian Embassy in the PRC.  According to the source, the rolling  stock left the city of Uwe on December 4, and should arrive in  Tbilisi after 10-12 days.

The Georgian Foreign Ministry noted that container rail  transportation from Gansu will be carried out regularly both in the  direction of Georgia and to other European countries.

During the departure ceremony of the first train, Ambassador of  Georgia to the PRC Archil Kalandia emphasized the strategic  importance of the project, pointing out that the latter will  contribute to the development of the Trans-Caspian International  Transport Corridor and positioning Georgia as a regional trade,  transport and logistics hub.

The source notes that in recent years China has been the main export  partner of Georgia, ahead of neighboring Russia and Turkey. The  reason for this rapid growth was the free trade agreement between  Georgia and China, which entered into force on January 1, 2018.

To note, according to the Analytical report of EAEU "Analysis of  existing international transport corridors passing through the  territories of the Union member states", the delivery time for  containerized cargo from China to the EU by sea reaches 60 days,  while the average duration of delivery of the same cargo by the EAEU  railways does not exceed two weeks. At the same time, there are  already services that provide transportation across the territory of  the EAEU within a week.

In order to maintain competitive conditions for the delivery of  goods, together with the Georgian Railway, in 2020, SCR extended the  through tariff rates for the transportation of grain cargo and meal  from the terminals of the port of Poti, as well as for the  transportation of 40-foot containers as part of an accelerated  container train. The conditions for running an express container  train between Yerevan and the ports of Poti and Batumi have been  preserved. The delivery time for goods on this route is 30 hours, and  the tariff rates are lower than the freightage for the carriage of  goods as part of a regular freight train by 30% for 20-foot  containers and by 52% for 40-feet containers.