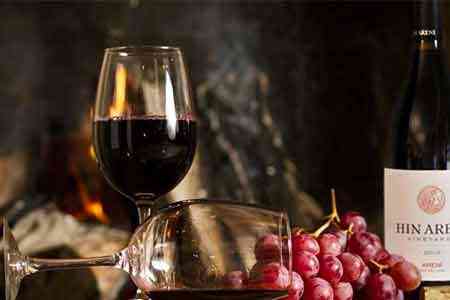 ArmInfo.This January-October saw a double-digit growth in the output of alcoholic  beverages, except for a fall in champagne output, in Armenia, the RA  Statistical Committee reports.

According to the RA Customs Service, in the first half of 2021,  Armenia`s exports of wine totaled 1.4mln liters - a 56.6%  year-on-year growth (against a 30.6% decline in the first half of  2020). The customs value of the exported wine reached $5.1mln - a  55.7% rise. Russia is a traditional importer of Armenian wines, with  its 59% share in Armenia`s wine exports (against 69.8% in the first  half of last year), followed by Ukraine and the USA (10%-11%). The  other importers of Armenian wines are Kazakhstan, Italy, France,  Bulgaria, Belgium, Poland, Lithuania, Canada, China, Israel, Greece,  Czech Republic, the United Kingdom, Australia, the United Arab  Emirates, Belarrrus, Germany, Latvia, Lithuania, Taiwan, Iceland.

Russia`s share in Armenia     `s ethyl alcohol exports is 85.9%, with  the rest exported to Ukraine, Belarus, Iraq, Georgia, and the USA. No  data on Armenian cognac exports are available.