Insurance Foundation for Servicemen: Unprecedented growth of the  Foundation`s beneficiaries is associated with the Artsakh war 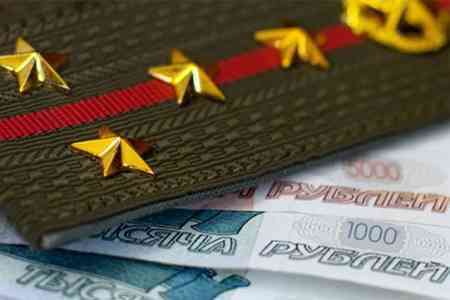 ArmInfo.Since its inception, the Military Insurance Fund has provided financial  assistance to 4,660 beneficiaries, including soldiers who received  disabilities of groups 1 and 2 during the war and families, and died  or missing soldiers. Smbat Saiyan, Deputy Director of the Insurance  Foundation for Servicemen announced this during a press conference.

At the same time, he noted that the lion's share of the beneficiaries  falls on the servicemen who participated in the 44-day Artsakh war.  In particular, 97 of them are missing, 524 are disabled, and the rest  are family members of military personnel who died during the war.  Saiyan stressed that the unprecedented growth of beneficiaries was  associated with the Artsakh war.

In this regard, Fundraising and Donor Relations Specialist of the  Foundaton Sona Baghdasaryan said that before the war the number of  beneficiaries of the Foundation was only 417, and the list of  beneficiaries included servicemen with disabilities or the families  of those killed since 2008. She also said that since 2017, the  Foundation has attracted about 64 billion drams, most of which falls  on mandatory payments, while 11 billion are donations during and  after the war. "Statistics show that donations from Armenia account  for the bulk of donations, followed by the Armenian community in the  US, EU and RF," the specialist said.