With assistance from Russia, center of best practice on sustainable  housing and sustainable smart cities for CIS countries being  established in Yerevan 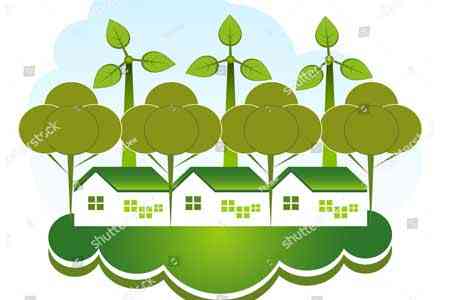 ArmInfo. The Executive Committee of the United Nations Economic Commission for Europe approved a project to improve the capacity of countries in Eastern  Europe, the Caucasus and Central Asia to develop policy  implementation strategies for sustainable housing and smart cities.  Official representative of the Russian Foreign Ministry Maria  Zakharova announced on December 24 during a weekly briefing.

According to her, the project will be financed from voluntary Russian  contributions to this structure. The representative of the Russian  Foreign Ministry added that the project is designed for two years,  the budget is 210 thousand dollars. "The main task is to establish a  center of best practices on sustainable housing and sustainable smart  cities for the CIS countries in Yerevan. It is planned that the  center will focus on solving problems related to the provision of  affordable and energy efficient housing and the development of  sustainable urban infrastructure, in particular, the principles of  the UN Geneva Charter on Sustainable Housing," Zakharova said.

At the same time, she recalled that currently such centers operate in  Albania, Britain, Norway and Estonia.  According to the Russian  diplomat, they are supporting the UN Economic Commission for Europe  member states in developing and implementing a national strategy for  the development of housing, urban planning and land use. "On their  basis, training seminars are held, expert potential and best  practical examples are accumulated, which can be used by all  countries of the region. Events in Russian will be held at the center  Events in Russian will be held at the center being established in  Armenia.. This will allow subject matter experts from the CIS  countries to participate in international efforts to develop  sustainable housing and urban infrastructure, "she concluded.