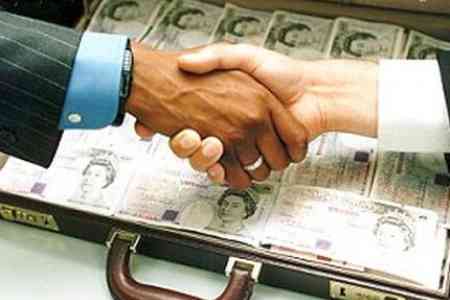 It should be noted that the RA Statistical Committee publishes data  on foreign investments once a quarter, indicating them in drams and  in the form of gross flow - accumulated volume (without repayments)  from 1988 to the reporting date, in this case, to September 30, 2021.  To prepare this material, ArmInfo specialists independently  calculated the annual volumes, taking as a basis the statistical data  of the gross flow in the corresponding periods under review  2019-2021. Such statistics do not give real figures on investment  income for a specific period of time, however, they show the general  dynamics and trend. The Statistical Committee publishes data on the  net inflow of investments six months after the reporting date.

It is noteworthy that in the mining industry, where the lion's share  of investments comes from Jersey, after a two-year absence of  injections (since April 2018), an influx of 3.2 billion drams ($6.6  million) "appeared" in the Q2 of 2020, which increased the total  volume of investments (and this completely FDI) from Jersey to 141.9  billion drams ($290.5 million - gross flow for 1988-2020), but since  the Q3 of 2020, infusions again stopped, which reduced the volume of  total investments, as well as FDI, by October 1, 2021 by more than  8-fold. The previous inflow of investments from Jersey took place in  the first quarter of 2018 in the amount of about $43 million, and  after that there were no receipts for 2 years, which, in all  likelihood, was due to the actual suspension of the Amulsar program  (due to the so-called "new environmental factors" - ed.note).