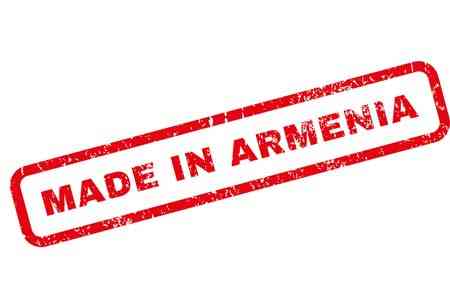 ArmInfo.With the lifting of the embargo on the import of Turkish goods, the Armenian government has developed numerous programs to support local producers.  Minister  of Economy of Armenia Vahan Kerobyan announced this during an  interview on January 18.

In particular, the Minister said that the programs are aimed not only  at updating the fixed assets of manufacturing companies, but also at  improving internal corporate business processes. According to  Kerobyan, one of the first programs will deal with digital  transformation and increasing the productivity of enterprises.

At the same time, he expressed the strange thought that since the  beginning of November last year, there have been extensive  discussions about whether to maintain the embargo on the import of  Turkish goods or abandon it. Various opinions were heard, but no  final decision was made. According to Kerobyan, people who understand  business supposedly realized even then that the likelihood of lifting  the embargo was very high, that the authorities would not extend it.

From the point of view of the export of Armenian products, the  Minister noted the positive trend associated with the growth in the  number and volume of export insurance transactions. He said that in  2021, the volume of insurance transactions of the Export Insurance  Agency increased by 80% year-on-year, amounting to 36 billion drams.  "This year we plan to register no less impressive results. Thus, we  will help the manufacturer to find a common language with the buyer,  with whom he is not particularly familiar. The manufacturer can apply  to the Agency and receive payment risk insurance, after which it is  possible to work freely with this counterparty," the official noted.  At the same time, he indicated that the international Moody's rating  agency assigned a rating to the (state) Export Insurance Agency of  the Republic of Armenia, which is equal to the sovereign rating of  Armenia. The Minister also said that positive dynamics was also  registered in terms of tax collections. Thus, referring to the data  of the Ministry of Finance, Kerobyan said that in 2021 he managed to  collect taxes 14% higher than the target planned by the budget,  without noting whether inflation was taken into account or not.

At the end of 2021, the Armenian government decided not to extend the  ban on the import of Turkish goodsfrom January 1, 2022. The embargo  came into force at the end of December 2020. The corresponding  decision was adopted by the authorities in view of the active  involvement of Turkey in the 44-day aggression against Artsakhs.  As  the mMnister previously reported, in 2020, goods worth $260 million  were delivered from Turkey to Armenia, while the volume of Armenian  exports amounted to about $2-3 million. By the end of 2021, as  Kerobyan said, the volume of Turkish imports decreased 10-fold, and  deliveries of Armenian goods were reset to zero.  In mid-December  2021, the governments of Armenia and Turkey announced the appointment  of special representatives to start a dialogue on normalizing  relations.