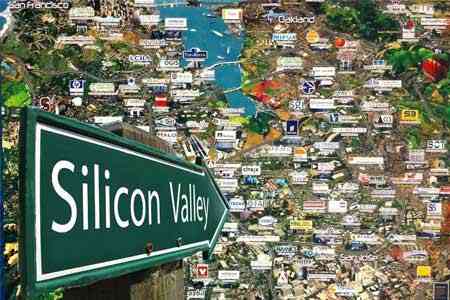 ArmInfo.NVIDIA, one of the world leaders in high technology, is opening a research center in Armenia. Vice Speaker of the RA Parliament Hakob Arshakyan announced  this on his Facebook page.

According to him, in 2019, a delegation led by RA Prime Minister  Nikol Pashinyan visited the NVIDIA headquarters in Silicon Valley.

"During the meeting with the founder and CEO of the company Jensen  Huang, we discussed a possible cooperation with NVIDIA.

Today I am happy to announce that NVIDIA is coming to Armenia. One of  the leading global technology giants with an annual turnover of $27  billion and more than 20,000 employees worldwide opens the doors of  its new office in Yerevan. The Armenian branch will be led by Rev  Lebaredian, VP of Omniverse and simulation technology at NVIDIA.

NVIDIA's invention of the GPU in 1999 catalysed the growth of the PC  gaming market and redefined the development of modern computer  graphics. The company's innovative work in the field of accelerated  computing and artificial intelligence is fundamentally changing  transportation, healthcare and manufacturing, as well as driving the  growth and transformation of many other industries. NVIDIA, welcome  to Armenia," Arshakyan wrote.

Nvidia (NVIDIA Corporation) is an American technology company that  develops graphics processors and systems on a chip (SoC). The  company's developments have spread to the video game industry,  professional visualization, high-performance computing and the  automotive industry, where Nvidia on- board computers are used as the  basis for unmanned vehicles.

The company was founded in 1993. As of Q4 2018, it was the world's  largest manufacturer of PC- compatible discrete graphics with a share  of 81.2% (statistics include all GPUs available for direct purchase  by end users - GeForce, Quadro and Tesla GPU-based accelerators). As  of January 2018, the number of employees exceeded 11.5 thousand  people. Headquarters - in Santa Clara (California)