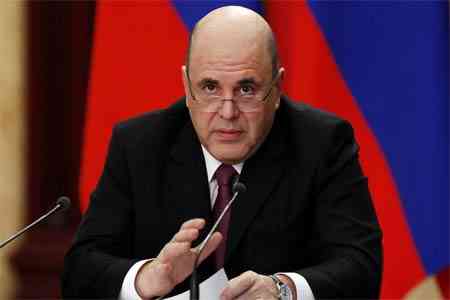 ArmInfo. Prime Minister of the Russian Federation Mikhail Mishustin at a meeting with his counterpart from Armenia Nikol Pashinyan noted that in the context of  sanctions, it is important to actively use national currencies in  trade, expand industrial cooperation and open up new opportunities  for trade.

"In the context of illegal sanctions by unfriendly states against  Russia, of course, it's important to more actively use national  currencies in bilateral trade, develop industrial cooperation, and  open up new opportunities for expanding mutual trade in all  directions," he said, RIA Novosti reports.

Mishustin noted that the decisions taken in the format of the  Eurasian Economic Union, in particular, on reducing import customs  duties on raw materials, food and components, will ensure the  sustainable development of the single market in the interests of  business and consumers of the member states.

He added that much attention is being paid to unblocking economic and  transport ties in Transcaucasia.  According to the Russian Prime  Minister, the creation of new infrastructure routes will ensure the  sustainable development of the region, will contribute to the  strengthening of peace and stability in the interests of all the  states of the South Caucasus. Mishustin also noted that Russia will  continue to provide humanitarian assistance to Armenia.

The Prime Minister of the Russian Federation noted that in 2021  Moscow and Yerevan increased the volume of bilateral trade between  the countries by almost 13% compared to the previous year. "Russia  ranks first among foreign trade partners and investors in the  Armenian economy. And, which is good, last year the mutual trade  turnover grew by almost 13% compared to 2020, and the growth  continues. [It] reached $2 billion 600 million," said the head of the  Cabinet of Ministers of the Russian Federation. At the same time, in  January-February of this year, trade increased by 42%, amounting to  almost $430 million, Mishustin added.