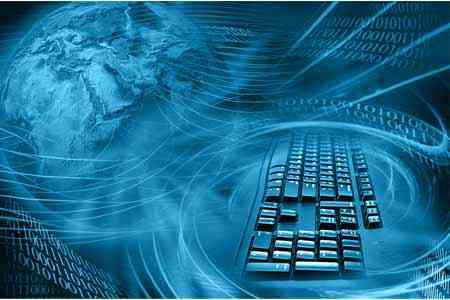 ArmInfo. More than 90% of companies in Armenia have not succeeded in digitalization. This was stated on May 4 by Minister of Economy of Armenia Vahan Kerobyan  during the international conference entitled: "New business  opportunities within the framework of the EAEU: localization through  cooperation, tools, financing and support" in the "Russian Book  House" in Yerevan.

In this regard, he said that the government of the country is  preparing support measures for the digitalization of companies from  the real sector. According to the minister, digital transformation is  one of the three components of increasing the productivity of the  economy. Noting that the productivity indicator in the Armenian  economy today is $7 per hour, Kerobyan stressed that this is half as  much as registered in Russia, and 7 times lower than in European  countries.

The modernization of the economy will also contribute to increasing  the level of productivity, he said. In this regard, he recalled the  program initiated by the government, under which the state fully  compensates for the interest costs of financing new equipment and  conveyor lines.

Another direction for increasing the productivity of the economy, the  minister called the attraction of first- class specialists in the  real sector of the economy. In this context, it was noted that over  the past 2 decades, there has been an insufficient number of highly  qualified specialists in Armenia who would help companies grow as a  business and be competitive in the global market. "And here we also  have a package of measures ready. We will help companies to attract  specialists from all markets, including from the Russian Federation.  We think that these measures will help the economy become more  productive in a very short time," he stressed.

It should be noted that the International Conference "New business  opportunities within the framework of the EAEU: localization through  cooperation, tools, financing and support" was organized by the order  of "Rossotrudnichestvo" by the Operator of the Interstate Program for  Innovative Cooperation of the CIS Member States - the Skolkovo  Foundation and the network of Centers for the Commercialization of  Innovations, the Eurasian Economic commission, representatives of the  Eurasian Development Bank, organizations representing business  interests in the Republic of Armenia.