FinRating ArmInfo: Travel insurance has grown in terms of the number  of contracts concluded 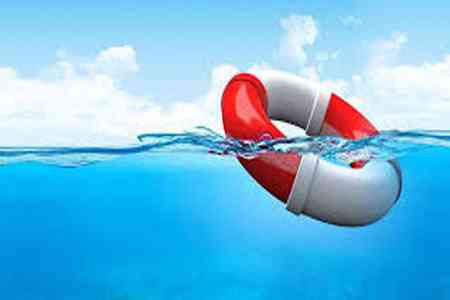 According to the Financial Rating of  Insurance Companies in Armenia, prepared by ArmInfo IC, the capacity  of the retail insurance market has sharply accelerated growth to 22%  from a meager 1.4% a year earlier, which was also observed in the  dynamics of corporate insurance- from 4.5% to 25.4%.

According to the results of Q1 2022, the premium portfolios of five  companies are dominated by corporate insurance, and only RESO IC is  dominated by retail. The largest gap between corporate and retail  insurance remains with "INGO Armenia" IC - 78.8% against retail  21.2%, and the smallest gap with "Sil Insurance" - 51.6% against  retail 48.4%. And only IC "RESO" is dominated by the retail component  - 65.2% against corporate 34.8%. A year earlier, for Q1 2021, INGO  Armenia (75.1%) also showed the largest dominance of the corporate  portfolio in terms of premiums, and RESO IC (55.3%) was the only one  with a dominant retail component.

The share of payments to retail clients in the structure of insurance  claims in Q1 2022, accounted for 67.2% or 4.1 billion drams,  corporate - 32.8% or 1.99 billion drams, against 64.8% and 35.2%, a  year earlier, respectively. At the same time, the dynamics of  compensations for both legal entities and individuals turned towards  a decline by 19% and 10%, respectively, against an increase a year  earlier in both cases by 23% and 3%. During the reporting quarter,  only one insurance company in the reimbursement portfolio was  dominated by the corporate component - INGO Armenia (58.9%), while  the remaining five had a retail component (with a maximum of 92.2%  for Rosgosstrakh Armenia), while a year earlier, there were three  insurance companies with a corporate dominant in reimbursements, and  the maximum was also recorded by INGO Armenia (53.7%), and the  maximum retail dominant, as now, was with Rosgosstrakh Armenia  (89.6%).

The share of corporate insurance in the structure of premiums  transferred for reinsurance in Q1 2022 amounted to 81% or 3.2 billion  drams (with an acceleration of y-o-y growth from 26% to 50%), and  retail insurance - 19% or 757.7 million drams (with a 2.6-fold  slowdown y-o-y growth to 56%), against 81.6% and 18.4%, a year  earlier, respectively. The largest dominance of the corporate  component in the premiums transferred for reinsurance was recorded by  "Armenia Insurance" - 97.4% against retail 2.6%, and only "Sil  Insurance" dominates the retail component - 59%. A year earlier,  Rosgosstrakh Armenia IC showed the largest gap between the corporate  component and the retail component - 95% versus 5%, and the smallest  - Sil Insurance - 65.1% versus 34.9%.

As for the insurance for travelers abroad, the most contracts were  sign by "Rosgosstrakh Armenia" IC, which had 2.2 thousand active  contracts by April 1, of which 1.7 thousand were signed in Q1.

It should be noted that there are 6 companies operating in the   insurance market of Armenia, which work on 17 out of the available 20  classes of insurance, with the exception of insurance of railway   transport and liability from its use, insurance of legal and   extrajudicial expenses. Since Q2 2020, a class of agricultural risk   insurance has been added to the IC reports, but it is not summed up   to the final indicator, since it is taken into account in two other   types of insurance: property from fires and natural disasters;   property from other damages. "INGO Armenia" IC - 16 and "Rosgosstrakh   Armenia" IC - 15 are licensed with the largest number of classes.