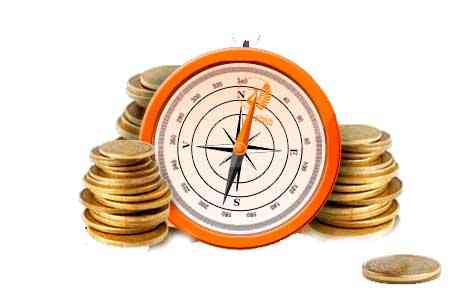 ArmInfo. The Armenian "Meghri" and the Iranian "Aras" FEZs signed a memorandum of understanding, which provides for unhindered access for Iranian investors working in  the "Aras" FEZ in the "Meghri" FEZ, and for Armenian businessmen  simplified access to the Iranian market. This became known following  the results of the Armenian-Iranian business forum, held within the  framework of the 17th meeting of the Armenian-Iranian  intergovernmental commission.

According to the Ministry of Economy, during the business forum,  Deputy Minister of Economy of Armenia Armen Arzumanyan said that in  2021, 6,636 companies with Iranian capital were registered in  Armenia. At the same time, he pointed to the positive trends  registered in the area of mutual trade between the two countries. In  particular, according to the Deputy Minister, in January-March, the  volume of trade increased by 37.4% to $140.4 million.

Noting that today Armenia is an attractive country in terms of doing  business, Arzumanyan stressed that the country's government is  pursuing an open door policy, without applying practically any  restrictions in the field of investment activities. Armenian  Ambassador to Iran Arsen Avagyan noted in his speech that, as a  member of the Eurasian Economic Union, Armenia has ample  opportunities to create joint Armenian- Iranian enterprises in order  to export finished products to the markets of the EAEU.  Ambassador  of Iran Abbas Badakhshan Zohouri noted that high-level political  relations have been formed between Armenia and Iran and favorable  conditions have been created for developing and raising the level of  cooperation in the economic sector. In this vein, he noted the  importance of raising awareness and exploring the potential of the  business sector of the two countries. During the business forum, G2B  and B2B meetings were also held. It is reported that Advisor to the  Minister of Energy of the Islamic Republic of Iran, RA Trade Attache  in Iran,  as well as other officials, representatives of the business  community of Armenia and Iran also took part in the event.

It should be noted that according to the RA Statistical Committee,  Iran occupied the third place in Armenia's foreign trade turnover,  holding the same position in terms of imports. The foreign trade  turnover between Armenia and Iran amounted to $140.2 million in Q1,  with an acceleration of y-o-y growth from 36.8% to 37.4%. In  particular, the volume of exports of Armenian goods to Iran exceeded  $23.9 million, with the output of y-o-yl dynamics from a 17.7%  decline to 52.5% growth, and imports of goods from Iran - $116.3  million, with a slowdown in growth from 55.6 % to 34.7%. In the  foreign trade turnover of Armenia, the share of Iran remained at the  same level - 6.7%. The negative balance of Armenia's foreign trade  with Iran increased by 30.6% year-on-year, amounting to $92.3 million