Armenia to attract another loan from IBRD in amount of EUR 26.5  million to improve public administration system 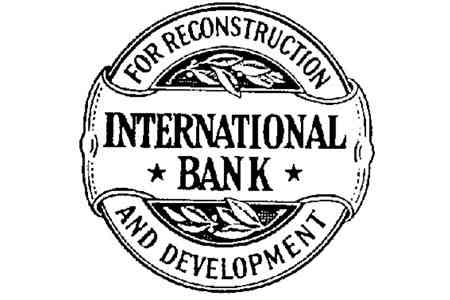 ArmInfo. The World Bank will provide Armenia with a loan of 26.5 million euros to improve the public administration system. On May 13, the Government of Armenia approved the draft law of the Republic of Armenia on the ratification of the  loan agreement of the "Fourth Public Sector Modernization Program  between the International Bank for Reconstruction and Development  (the main lending institution of the WB - ed. note) and the Republic  of Armenia".

As stated in the background note to the document, between the  International Bank for Reconstruction and Development (IBRD) and the  Republic of Armenia on March 15 and March 18, 2022, a corresponding  loan agreement was signed in the amount of 26,500,000 euros.

The goal of the 4th Public Sector Modernization Program is to promote  the process of modernizing the public administration system through  continuous civil service reforms, digitalization of services provided  by the state and local governments, and the introduction of selected  e-government systems.

" The proposed program is based on the achievements of the previous  three programs, implemented with World Bank support to promote  GovTech, a nationwide approach to public sector modernization to  modernize the functions and services of the public sector in Armenia.  As a result of the successful implementation of the program, it is  expected to increase the efficiency of selected public services and  improve their accessibility for business and citizens.

Thus, as a result of the modernization of a wide range of public  services, it is planned to increase the efficiency of public services  provided, their accessibility for businesses and citizens,  contributing to inclusive economic growth.

It is noted that paragraph 2.01 of Article 2 of the Agreement  provides that the IBRD agrees to provide Armenia with a loan in the  amount of 26.5 million euros (the equivalent of 29.9 million  dollars). The loan repayment period is 25 years, of which the grace  period is 14.5 years, the annual interest rate on the loan is the  base rate (EURIBOR) + floating spread. The unpaid loan amount is  calculated at the rate of 0.25% per annum 60 days after the signing  of the agreement, and shall be paid every six months, simultaneously  with the payment of interest. There is a one-time fee of 0.25% of the  loan amount, which shall be paid no later than 60 days after the  entry into force of the agreement. Government share - 5.3 million  euros (equivalent to 6 million dollars).