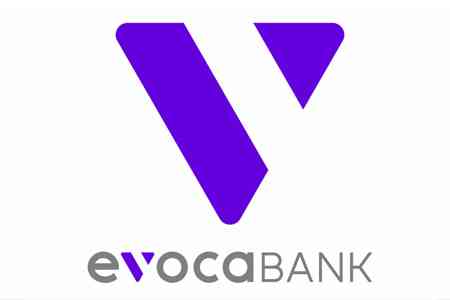 ArmInfo.Evocabank replenished its share capital by 3 billion drams. This is stated in the message of the Bank, published on its official page.

According to the source, as mentioned by the chairman of Management  Board Karen Yeghiazaryan, the decision on capital replenishment was  based on the main provisions of the strategic development plan and  aimed to support the Bank's further growth and development, improve  its competitive positions and contribute to implementation of  business expansion policy.

"As a result of replenishment, the share capital totaled AMD 20.0  bln, while general regulatory capital - around AMD 38.0 bln, thus  strengthening the Bank's leading positions in terms of capital  adequacy", was mentioned at the Bank."

It is reported that the replenishment of the capital was carried out  by the shareholder of Evocabank, a citizen of the Republic of  Armenia, a resident of Switzerland, Marietta Gevorgyan, as a result  of which her share in the capital increased from 95.9% to 96.53%.

Evocabank has been operating in the financial market of Armenia since  1990. According to the Financial Rating of Banks of Armenia as of  December 31, 2021, prepared by ArmInfo, Evocabank's assets reached  $511.8 million, the total capital exceeded $70.3 million. The bank  ended 2021 with a net profit of $2.3 million. As of the reporting  date, the regulatory capital of Evocabank amounted to 34.5 billion  drams or $71.9 million (with a regulatory minimum of 30 billion  drams). In 2021, after a one-year break, the bank raised funds from  the placement of its own bonds in the amount of 5.8 billion drams  ($12.1 million), which exceeded the two-year-old figure by 8%.