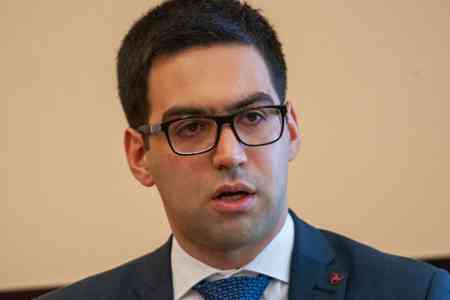 ArmInfo. Armenia has not so far received its share, over $20mln, due to it from the customs duties collected in the Eurasian Economic Union (EAEU), Rustam Badasyan,  Chairman of the RA State Revenue Committee, told reporters on Wednesday.

The funds will be received after the Heads of State approve the  relevant mechanisms "Armenia's share is about AMD 10bln for  March-April," Mr Badasyan said.

"I do not think there is a grave problem. The problem is to be solve  before the end of this month and Armenia will receive the money," Mr  Badasyan said.

At the March 31 Cabinet meeting, Mr Badasyan promised  more-than-budgeted tax revenues for the first quarter of 2022. "We  are going to sum up tomorrow, but it is clear now that we will  collect several billion drams more than budgeted for the first  quarter, even given the fact that we have not yet received the 6  billion drams from the total amount of tax duties of the Eurasian  Economic Union," he said. He is not so optimistic about the third and  fourth quarters in the context of declined exports from Armenia.  However, Armenia's Premier Nikol Pashinyan disagreed with Mr  Badasyan, saying he was very optimistic.