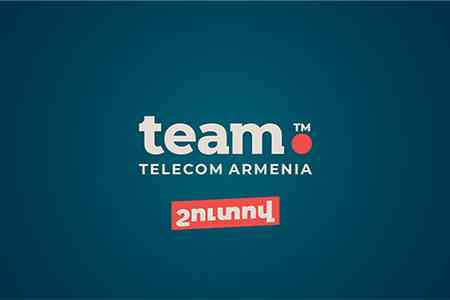 ArmInfo. As a result of the reconstruction of mobile stations and the introduction of new technologies into the network, Team Telecom Armenia has significantly  improved its coverage of the mobile network in Yerevan and all  regions of Armenia. This is stated in the official statement of the  company.

In particular, in recent months Team has created 4G coverage in 14  cities and 65 communities. To this end, the company has introduced 4G  technology at about 80 existing stations, built dozens of new mobile  stations equipped with modern technologies.

"By improving both mobile and fixed networks, we strive to ensure  that technologies spread evenly both in the capital and in the  regions. High-quality communication allows you to get an education,  develop, earn money, and, therefore, it should be available to  everyone. As an Armenian company and a national operator, we consider  this our mission", said Gevorg Gevorgyan, Technical Director of Team  Telecom Armenia.

As part of the modernization of the mobile network, the company also  strengthened its 3G coverage by re- equipping 224 stations in Yerevan  and 281 in the regions. It is reported that the Internet speed of the  3G network reaches 40 Mb / s.

On October 29, 2020, the deal for the acquisition of 100% of the  shares of Veon Armenia by the founders of Team Telecom Armenia, the  brothers Hayk and Alexander Yesayan, was completed. As a result, one  of the largest telecommunications companies in the country once again  became Armenian.