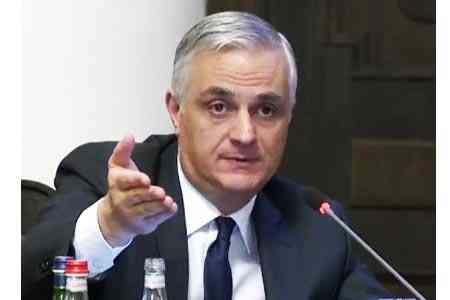 ArmInfo. On June 17, Deputy Prime Minister of Armenia Mher Grigoryan, speaking at the St. Petersburg International Economic Forum (SPIEF), stated the need to increase the share of national currencies in the trade of the Eurasian Economic  Union.

According to the press service of the government, during the panel  discussion, the Deputy Prime Minister noted the need to address  pressing issues, including food security issues. In this context, he  noted the consolidated efforts to ensure food security, noting that  this issue should become one of the main directions within the EAEU

The Deputy Prime Minister touched upon the tasks facing Armenia in  the field of logistics in modern conditions. Touching upon the  transport infrastructure, Mher Grigoryan emphasized the regional  significance of the North-South highway being built in Armenia.