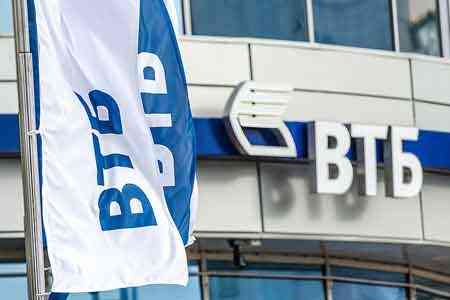 ArmInfo. VTB Bank has launched money transfers in national currencies to neighboring countries - Belarus, Kazakhstan, Armenia and Azerbaijan. Member of the Board of the Bank Svyatoslav Ostrovsky stated this to journalists on the  sidelines of the St. Petersburg International Economic Forum (SPIEF).

<After restrictions were imposed on Russian banks, customers have  significantly reduced the number of usual ways to transfer funds  abroad. Taking into account the fact that such transfers, especially  to the CIS countries, are extremely important for many of our users,  VTB has launched money transfers to neighboring countries>, he said.

The maximum amount of a cross-border transfer by payment details to  Belarus, Kazakhstan, Armenia and Azerbaijan complies with the  requirements of the Central Bank of the Russian Federation and is 150 thousand (or the equivalent in another foreign currency) per  month, the commission is 1% of the transfer amount. Transfers are  available to both individuals and legal entities, he noted.

The St. Petersburg International Economic Forum, organized by the  Roscongress Foundation, takes place from June 15 to June18. New World  - New Opportunities" is the topic of the 2022 Forum.

To note, VTB Bank (Armenia) CJSC became a member of VTB International  Financial Group in April 2004. VTB Bank PJSC, the second largest in  Russia, owns 100% of the shares of VTB Bank (Armenia).VTB Bank  (Armenia) is among the leading banks in terms of key balance  indicators in the Armenian banking market (total capital, assets,  liabilities, deposits of individuals, loan investments), holds  leadership in consumer loans and is in the TOP-5 in agricultural  loans. The Bank traditionally holds the lead in coverage of the  branch network. VTB Bank (Armenia) is one of the leaders in terms of  money transfers in Armenia. In January-September 2021, the number of  money transfers serviced by the bank reached 500,000, exceeding the  indicator of a year ago by 34%.  The primary strategic tasks of VTB  Bank (Armenia) are the optimization of business processes and the  improvement of remote service systems. As part of this update, the  bank plans to launch high-tech products, attract new client segments  and strengthen its competitive position in the Armenian banking  market. VTB Bank (Armenia) is also working towards the use of "MIR"  and UnionPay payment cards.  VTB Bank (Armenia), maintaining its  position in the banking market, continues to provide the main types  of financial services, fulfills all obligations to customers and  partners, and increases its presence in key segments of the country's  banking sector.  According to the Financial Rating of Banks of  Armenia as of December 31, 2021, prepared by ArmInfo, the assets of  VTB Bank (Armenia) exceeded $753 million, of which 64% or more than  $480 million were loan investments. In terms of income from money  transfers, the Bank is in the TOP-5 with a volume of $3.5 million, an  increase of 21% per annum. VTB Bank (Armenia) completed 2021 with a  net profit of $3.3 million