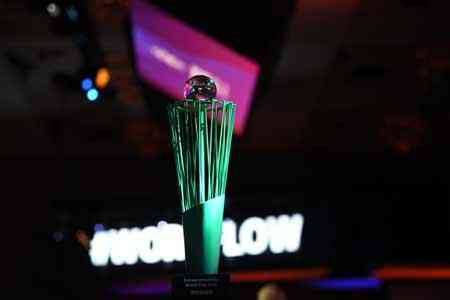 As stated in the official message of TEAM Telecom Armenia, not only  Armenian startup teams, but also those relocated to Armenia, can  participate in the competition. The prize fund of the national  competition of Armenia will exceed $100,000.

Since its launch in 2019, the EWC has reportedly supported over  300,000 participants from 200 countries, awarded $2 million in cash  prizes, and provided $150 million worth of support and services.

EPIC is the official main organizer of the EWC in Armenia, which  cooperates with the Ministry of High- Tech Industry of the Republic  of Armenia, GIZ Armenia, the Startup Armenia Foundation, the National  Center for Innovation and Entrepreneurship (NCIE), TUMO and TEAM  Telecom Armenia.

<For the second year in a row, we are committed to making the EWC in  Armenia a truly national event that will cover the entire spectrum of  Armenia's entrepreneurial ecosystem, from individual entrepreneurs to  government, IT and educational institutions. As a country with  emerging entrepreneurship, we believe we can surpass our achievements  last year and increase our visibility and influence in the world>,  said Nzhdeh Hovhannisyan, National Coordinator of EWC in Armenia,  Deputy Director of EPIC.

According to the source, all applicants for participation in EWC  Armenia 2022 will have the opportunity to participate in the EWC  Accelerates virtual retraining program, which helps entrepreneurs  improve their skills, increase their chances of winning national  competitions and reaching the final stage.  To fill in applications,  the deadline for which is July 5, you must go to the link:   entrepreneurshipworldcup.com.  It is reported that on June 23 at  20:00 an information meeting will also be held, at which participants  will be able to get answers to their questions regarding the  competition. To do this, register at the following link:  //bit.ly/3tTD9uS .