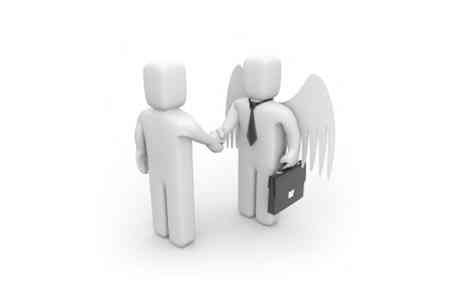 ArmInfo. The business community of Armenia, represented by large business associations, called on the economic authorities to take urgent measures to save the businesses that have suffered greatly from the sharp revaluation of the national currency.

In its open letter to the leadership of the Central Bank, the  Ministry of Economy and the Ministry of Finance, the Mantashyants  Entrepreneurs Union (180 large-medium entrepreneurs), the Union of  Advanced Technology Enterprises (about 100 IT companies), the  Association of the Armenian Developers (unites more than 30 members  of construction companies) and the "Export Armenia" Association of  Experts  (which unites about 8,000 members) called for urgent  measures to stop further revaluation of the dram, restore it to the  levels at the beginning of the year, or, if this is not possible,  introduce urgent programs to subsidize exporters in the country.

The letter says that the revaluation of the dram, both in the short  and long term, has a tremendous negative impact on the Armenian  economy and has a particularly negative impact on companies  associated with exports, seriously complicating sales, and sometimes  making the produced goods uncompetitive in foreign markets. .

It is noted that technological companies that have to raise prices  for their services by about 20%, which inevitably weakens their  positions in foreign markets and leads to the loss of customers, also  suffer from the revaluation of the dram.  Armenian companies  exporting wine, brandy, juices and other agricultural products are  affected, which, in addition to Russian markets, are also sold their  products in the US, Europe and Asia markets with their  diversification. As noted in the open letter, many companies sell  their products at low cost or even below cost in order not to lose  customers, which, for obvious reasons, cannot last long. Some  companies have suspended exports altogether, hoping that the AMD  exchange rate will return to the level at the beginning of the year.

Many companies exporting agricultural products now have two options.  They either have to raise prices for their products, which leads to a  loss of competitiveness in the long run, or try to purchase more  affordable agricultural products from medium and small farms, which  is not realistic in principle.

The revaluation of the dram at such a pace negatively affects tourism  and construction companies, as well as increases logistics costs,  affecting the prices of international cargo transportation from  Armenia.

The cost in the construction sector is calculated based on the  exchange rate of the dollar to the dram, which is why many companies  have already stopped selling real estate, as the devaluation of the  dollar has changed the cost of construction, especially in the  context of high prices for building materials.

The investment sector of Armenia does not avoid the negative impact  either, since in order to achieve an investment result, investors  have to revise the capex towards a 20% increase. And in the long run,  it can lead to large economic losses.

The authors of the letter expressed confidence that even at the  beginning of the year, none of the economic entities of Armenia could  foresee such high costs associated with a sharp appreciation of the  dram in their annual budget, so many companies do not have reserves  capable of compensating for losses.