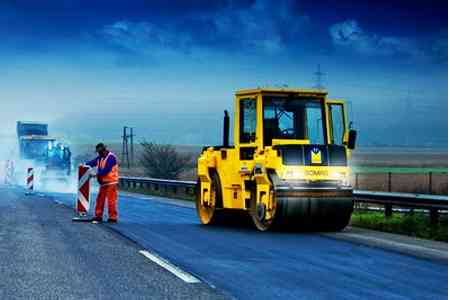 ArmInfo. Armenia's government plans renovation of about 500km of roads besides the roads to be renovated under subvention programmes. The government plans to allocate about AMD 47bln (over $115,605,000) for this purpose.

Gor Avetisyan, Head of the Road Department, reported that most of the  funds will be directed to road renovation in Syunik. Under the  programme, 200km of roads are to undergo medium maintenance, with  300km to undergo major renovation. Next year, about 50 roads with a  total length of 400km will be renovated.

Armenia's Minister of Territorial Administration Gnel Sanosyan  reported earlier that 800km of roads were constructed and renovated  in 2021, with 218.5km renovated by the Road Department.