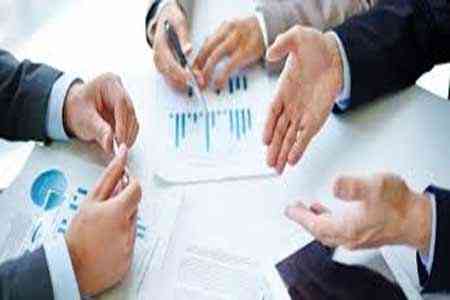 42 applications submitted from seven provinces were discussed and  evaluated during the regular sitting of the Interdepartmental  Commission on Evaluation of Subvention Bids for the development of  economic and social infrastructure of the communities of Armenia,  apart from the subvention programs envisaged by the state budget.

On June 17, Minister of Territorial Administration and  Infrastructures of the Republic of Armenia Gnel Sanosyan announced at  a government meeting that in 2022 the Armenian government has already  allocated 5.9 billion drams (more than $10.3 million at the current  exchange rate) for the implementation of 249 subvention programs.

These programs are mainly aimed at capital investments in the  improvement of streets, gardens, playgrounds in communities;  construction and repair of community houses of culture,  kindergartens; construction and repair of drinking, sewer, irrigation  conduits; implementation of night lighting, gasification of  settlements, repair of common shared property of apartment buildings  with the use of energy-saving measures, etc. According to Gnel  Sanosyan, 673 subvention programs were submitted to the  interdepartmental commission in 2021. 605 of them have been  completed, the rest are in progress. In 2022, 461 applications were  received, of which 319 (in the amount of more than 30 billion drams)  were discussed and only two applications were not approved