Halal to open office in Armenia 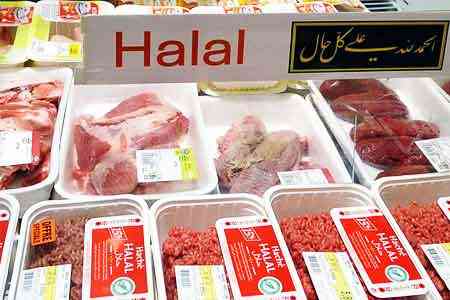 ArmInfo. The International Center for Standardization and Certification "HALAL" is expected to be established in Armenia for boosting the exports of Armenian  products to the Near East, ICSC HALAL experts stated at a meting with  representatives of Armenia's business community at the RA Ministry of  Economy.

Aidar Gazizov, Director General ICSC HALAL, briefed the participants  on the organization's activities and achievements as well as on the  certification procedure.

An opening ceremony of a HALAL Iranian office took place in Yerevan  in 2017. Attending the ceremony was the then Minister of Economy  Suren Karayan, Deputy Minister Emil Tarasyan and Director of the  Halal office Abdul Huseyin Sakhari.

During the ceremony, Mr Karayan announced an intention to open  similar offices in Armenia's regions, primarily in Armenia's Syunik  provice, which borders Iran.

HALAL Center is a leading certification body in Russia and abroad.  The Center is operating since 2002. It has already established  partnering relations with the manufacturers of Russia, Belarus and  Kazakhstan.  More than 40 companies are currently exporting their  production to the countries of Middle East - the United Arab  Emirates, Qatar, Bahrain, Jordan, Saudi Arabia, Iran, through the  Center.