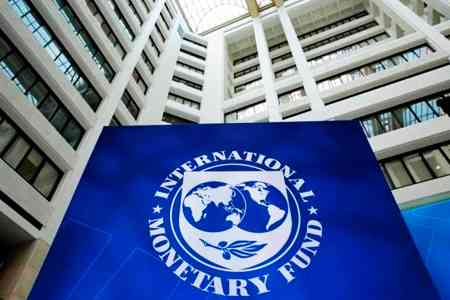 ArmInfo.The International Monetary Fund (IMF) has improved its GDP growth forecast for Armenia for 2022 from the previous 1.5% to an updated 5%. This is evidenced  by the Fund's press release received by ArmInfo. The current revised  forecast is presented following the visit of an International  Monetary Fund (IMF) team, led by Iva Petrova to Armenia during June  20-24, 2022.

According to the source, the team's discussions with the authorities  covered recent developments, the economic outlook, and the authorities'  policy priorities that could underlie a future IMF-supported program.  At the end of the visit, Ms. Petrova issued the following statement:

"Armenia's economic activity grew by 9.4 percent (YoY) in the first  four months of 2022 driven by domestic consumption and investment,  supported by the construction, tourism, financial, real-estate, and  IT sectors, and boosted by a large inflow of external income and  capital. Inflation accelerated to 9 percent in May (YoY) due to  buoyant domestic demand, supply constraints, and an increase in  global food and fuel prices. The overall budget position was in  surplus in the first quarter of 2022 owing to strong revenue  collection in line with economic activity and an under-execution of  expenditures.  The banking system remained solid, and the dram  appreciated against the US dollar.

"IMF staff projects real GDP to grow by about 5 percent in 2022,  driven by domestic demand and benefiting from the strong economic  momentum in the first four months of the year. Inflation is expected  to increase temporarily before moderating by the end of the year,  when past monetary policy actions and the passthrough of the recent  dram appreciation have their full impact. The Central Bank of Armenia  should stand ready to adjust its monetary policy stance as necessary,  while allowing the exchange rate to be a shock absorber. Nonetheless,  the risk that the recent inflow of external income and capital to  Armenia could face an abrupt reversal calls for re-building greater  foreign reserve buffers.  As the economy is operating near capacity,  it does not require additional fiscal stimulus, and the authorities  should save the revenue overperformance, else inflationary pressures  could persist.

"It is important to maintain macro-fiscal-financial stability amid  the war in Ukraine, sanctions on Russia, and increased global  financial market volatility; steer inflation toward the CBA target of  4 percent; and restore fiscal buffers through growth-friendly and  inclusive policies. Structural policies should focus on building  economic resilience, including against climate change; developing  capital markets; pursuing digitalization and public administration  reforms; improving governance, transparency, and fiscal risk  management; fully operationalizing the PIM/PPP (personal  identification number (PIN)/ purchasing power parity (PPP))  framework, and facilitating an investment-driven, knowledge-based,  and export-led growth. The authorities' emphasis on building human  capital through health and education reforms is welcome. The pace of  these reforms should be fiscally prudent and consistent with the  fiscal rules.  The increase in minimum and average pensions should be  gradually phased in alongside measures that foster labor force  participation and preserve the Pillar II component of the system.

"Discussions on a new IMF-supported program are expected to commence  in September.  "The IMF team thanks the Armenian authorities,  development partners, and diplomatic community for fruitful  discussions and cooperation," the Fund's press release reports.