In 2022, Armenia will be able to reduce the level of government debt  much faster than planned: Ministry of Finance 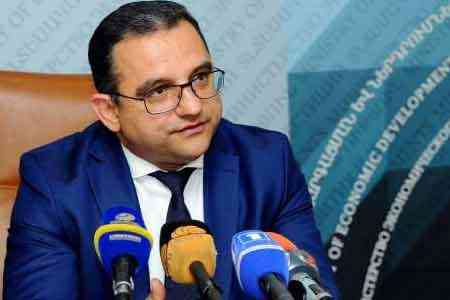 ArmInfo.At the end of 2022, Armenia will ensure the GDP growth rate of 7%, which is included in the state budget. Armenian Finance Minister Tigran Khachatryan made a  similar forecast on June 30 at a government meeting.

According to the head of the Ministry of Finance, by the end of this  year, Armenia will be able to reduce the level of government debt  much faster than planned. Thus, the ratio of government debt to GDP  by December 31 will not exceed 60%, against 60.2% planned by the  state budget. Armenia will also be able to ensure the ratio of tax  revenues to GDP at the target level of 23.4%.

In 2022, state treasury expenses will be financed more from their own  revenues. As a result, the size of the deficit in relation to GDP  will not exceed the "safe level" of 3%.

Tigran Khachatryan admits that at present the inflation exceeds the  target range by 4%, +- 1.5% deviation, as in May the 12-month  inflation has already reached 9%. According to the Minister, this is  mainly due to the significant increase in international prices for  basic goods and services.