South Caucasus Railway company transports 1.5mln tons of cargoes in  first half of 2022 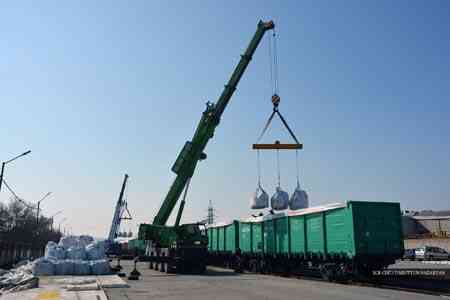 During the period review, the South Caucasus Railway company  transported a total of 148,000 tons of industrial raw materials and  75.3 thousand tons of container cargoes, as well as 188.6 thousand  tons of bulk-oil cargos - a 16.8% increase as compared with last  year.

The company is working to attract cargoes. In partnership with  Georgian and Russian operators, the company is implementing a  flexible pricing policy. On July 1, 2022, a through rate was fixed  for multi- tonnage containers transported by a fast linertrain from  Poti, Batumi and Samtredia to Armenia.