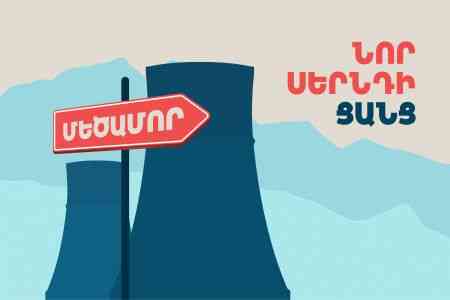 ArmInfo. The super-powerful Next Generation Network (NGN) of Team Telecom Armenia is already available in Metsamor community of Armavir region.

According to the press service of the company, it took 3 months to  build this network, equipped with modern fiber-optic technology.

"Inhabitants of more than 3,000 apartments in the Metsamor community  can now use the ultra-high- speed Internet network by joining the  Cosmo packages from Team"," the source notes.

Metsmor is the 5th settlement after the cities of Jermuk, Kajaran,  Hrazdan and the village of Gndevaz, which are fully equipped with an  ultra-modern network. The company will carry out further work on the  implementation of the NGN network in the cities of Armavir, Kapan and  Ijevan.

According to CEO of Team Telecom Armenia Hayk Yesayan, Metsamor is  one of the largest industrial cities in Armenia and has a high  potential in terms of technological development. "We hope that the  presence of such an exclusive network in the region will become an  incentive for the establishment of IT companies in this city and an  increase in the number of specialists in this industry," he stressed.   In order to connect to the network, residents of Metsamor can fill  out an online application at the following link:   https://www.telecomarmenia.am/hy/cosmo, or write a message to the  company's official Facebook page - https://www.facebook.   com/telecomarmenia.am , or call the toll-free short number 100 or  visit to Team Telecom Armenia Sales and Service Centers. Meanwhile,  we note that the Team Telecom Armenia Sales and Service Center is  already operating in Metsamor (Metsamor, 1st quarter, house 24/2).

According to the source, residents of the settlements where the NGN  network operates, as well as the administrative districts of Yerevan  Davtashen and Arabkir, have access to COSMO <space> packages, the  Internet speed of which reaches up to 1000 Mbps. The packages also  include TEAM TV service, mobile and fixed communications.