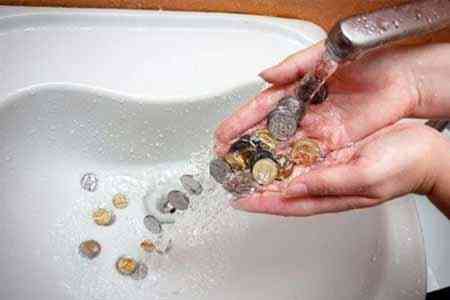 ArmInfo.The single operator of the Armenian water supply system, Veolia Djur, intends to apply to the Public Services Regulatory Commission (PSRC) to increase the  water tariff by about 9 drams per 1 cubic meter.

From January 1, 2017, the new single operator  of the water supply  system in Armenia, Veolia Djur company - a subsidiary of the French  Veolia Enviroment SA, has been operating five water distribution  companies across the country- Yerevan Jur, Armvodokanal, Shirak  Vodokanal, Lori Vodokanal and Nor Akunk for a period of 15. At the  same time, from January 1, 2017, a single water tariff was  established throughout the republic, and for residents of Yerevan it  was increased from 170.256 drams per 1 cubic meter of water to 180  drams, including VAT. The participants in the process hastened to  assure the citizens of the Republic of Armenia that this increase  comes from their own interests, since the funds will be used to  improve the system and expand the service network. After the  announcement of the results of the tender, the company presented  basic tariffs for 15 years, which are adjusted based on 3 factors -  depending on the tariff for electricity, inflation rates, as well as  the volume of retail supplies in the water supply sector.

Today Veolia proposes to establish a single tariff of 209 drams  (about 50 cents). As noted in the company's statement, in its  calculations, the company proceeds from the fact that the base tariff  for 2023 is 183.6 drams per 1 cubic meter. The impact of inflation on  the tariff was estimated at 23.51 drams (in the consumer market of  Armenia, inflation accelerated in the first half of 2022 to 8.1% -  ed. note). The effect of the increase in the electricity tariff is  estimated at 3.89 drams (from February 1, 2022, electricity tariffs  have increased by an average of 4.7 drams. An exception was made for  socially vulnerable segments of the population - ed. note). And,  since, in January-May 2022, compared to the same period in 2021, the  volume of retail supplies in the field of water supply increased by  about 5%, this factor reduced the burden on the tariff by 1.74 drams  per 1 cubic meter, another 0.26 drams per cubic meter is excluded  from other incomes.

After the application is accepted by the PSRC for consideration, it  will be studied within the next 80 days from the date of its receipt,  and a decision on it should be made no later than December 1. If  approved, the new regulations will come into force on January 1,  2023.