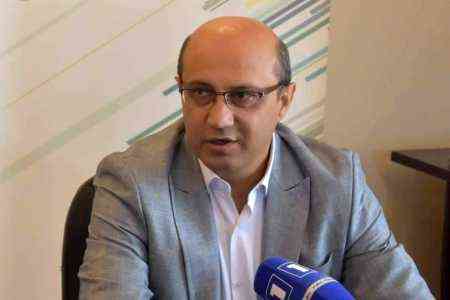 ArmInfo.The banking system of Armenia completed H1 2022 with a net profit of 111 billion drams, with a 2.7-fold y-o-y increase. Seyran Sargsyan, executive director  of the Union of Banks of Armenia, announced this during a press  conference on August 26.

Sargsyan caused such growth due to the fact that a large number of  foreign citizens moved to Armenia, who also moved their income here,  started business here, opened more than 20,000 accounts in Armenian  banks. At the same time, according to him, a high growth in tourist  flow was recorded. However, he stressed that such phenomena are  temporary, since the current situation is due to specific  circumstances.

According to the source, during the reporting period, 3,770 foreign  citizens received residence permits in Armenia, of which 2,319 have a  temporary status, and 1,451 respectively have a permanent status. At  the same time, the overwhelming majority of those who received a  residence permit are citizens of the Russian Federation - 1,059  people (257 - temporary status, 802 - permanent status).  During the  reporting period, 588,731 tourists visited Armenia for tourism  purposes, which is 2.4 -fold higher than a year ago.