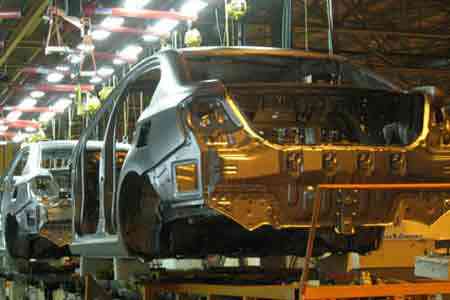 ArmInfo. Iran is ready to set up a car production line in Armenia in order to use there as an export platform for the products to other member countries of the  Eurasian Economic Union, https://iranpress.com/ reports.

Iran Press/ Iran News:  Alireza Peyman Pak, Iran's Deputy Minister of  Industry, Mines and Trade, during a meeting with Armenia's Deputy  Minister of Economy Narek Teryan in Tehran, pointed out the interest  of an Iranian car maker in setting up a production line in Armenia  and said, considering Armenia's membership in the Eurasian Union this  can have exemplary achievements for both countries.

For his part, the Deputy Minister of Economy of Armenia welcomed the  presence of Iranian companies in the road construction projects of  Armenia and the production of Iranian cars in the country.