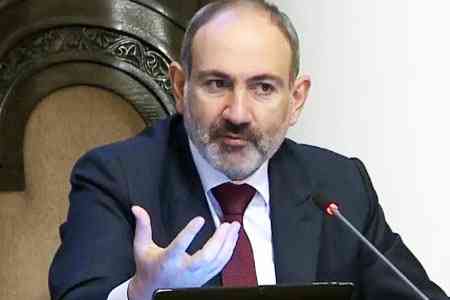 ArmInfo. Prime Minister of Armenia Nikol Pashinyan instructed to find new investors for mines that are currently not being developed. He announced this on  September 8 during a meeting with representatives of the Armenian  community of Vladivostok.

"There are mines in Armenia that were once opened, developed for a  while and then remained idle. I have now instructed to find new  investors and with their support to develop as many open and  undeveloped mines as possible," the Prime Minister said.

Pashinyan stressed that the largest enterprise in Armenia is the  Zangezur Copper  and  Molybdenum Combine,  which was alienated about  20 years ago, before that it was completely state-owned. "Now our  government has taken measures and as of today, the Republic of  Armenia owns 21% of this plant. At the same time, I think that 20-25  percent is enough, because the private sector will develop it more  effectively", he said. As the prime minister noted, the government  has very good partners with whom it is working to make the plant more  efficient.