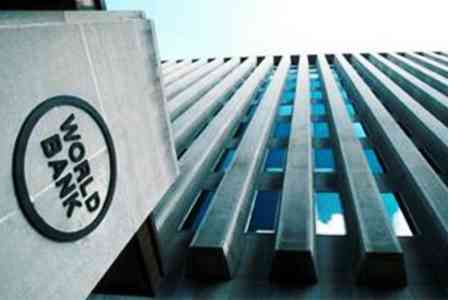 According to the press service of the Prime Minister, Pashinyan  emphasized the importance of the RA-WB 30-year partnership, within  the framework of which projects are being implemented in Armenia  aimed at developing the economy, both in the public and private  sectors.

The WB Vice-President touched upon the joint programs, calling them  effective and noting their contribution to the economic development  of the Republic of Armenia. Bjerde noted the WB's readiness to  continue to assist the RA government in the implementation of the  priorities set out in the government program.

The interlocutors expressed satisfaction with the work done within  the framework of the bilateral partnership and exchanged views on the  prospects for its development. Both sides focused on cooperation in  the field of education, infrastructure development, the judiciary,  digitalization, healthcare, public administration and other areas.  The need for institutional capacity building and human capital  development programs was noted.

The Prime Minister expressed gratitude to the World Bank and the WB  office in Armenia for the efficient partnership and confirmed the  government's readiness to develop and enrich it with initiatives of  mutual interest.