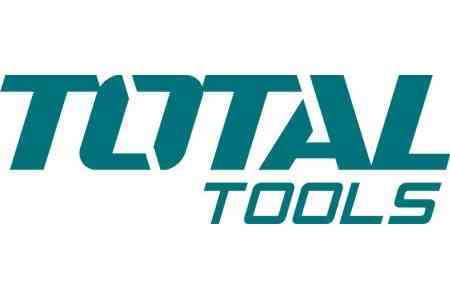 ArmInfo. TOTAL Tools, one of Armenia's largest suppliers of construction and household tools, equipment and machinery, is opening a training center for craftsmen  and sales consultants at its newly opened sales center in  Etchmiadzin. This was reported by the press service of the Ministry  of Economy of Armenia.

Minister of Economy of the Republic of Armenia Vahan Kerobyan, who  also took part in the opening ceremony of the center, attached  particular importance to the mission of the center in the context of  increasing the productivity of the Armenian economy. At the same  time, the Minister noted that the training center operating under  TOTAL will help train specialists, thanks to which customers will be  able to use the purchased tools more efficiently.

Naira Grigoryan, head of the TOTAL marketing department in Armenia,  told an ArmInfo correspondent in a telephone conversation that the  center opened in Etchmiatsin stands out compared to other centers in  that it will have a training center and a test zone.

She also said that craftsmen and sales consultants at the training  center in Etchmiadzin would be trained free of charge. As Grigoryan  emphasized, upon completion of the training, the latter will receive  the appropriate certificates and will be able, if desired, to find a  job both in stores and in TOTAL service centers. At the same time,  she added that for these purposes, mechanisms for cooperation with  educational institutions of Etchmiadzin are being developed at this  stage.

It should be noted that according to the information of the Ministry  of Economy, Mehrabyan & Sons LLC became the official representative  of the TOTAL brand in Etchmiadzin.

For the first time, a TOTAL representative office opened in Armenia  in 2019. Today, stores operate in Yerevan and numerous cities of  Armenia, including Aramvir, Kotayk and Aragatsotn regions. Service  centers in addition to Etchmiadzin are located in Yerevan and Vayk  (Vayots Dzor region).

Total is a world famous brand offering a wide range of household and  construction tools, equipment and machinery. Total products are  manufactured in China in accordance with US and European quality  standards. The headquarters is located in China, in the city of  Suzhou.