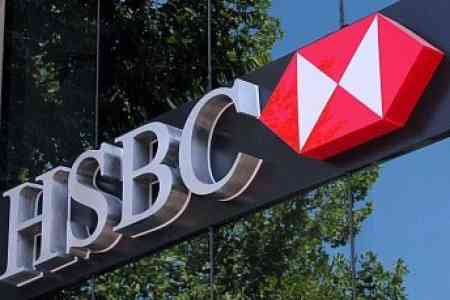 ArmInfo. The European Bank for Reconstruction and Development will provide a $4 million loan to HSBC Bank Armenia, the EBRD said in an official statement.  It is noted that $3 million will be provided directly by the EBRD and $1 million by the Green  Climate Fund (GCF) under the Regional Green Economy Financing  Facility (GEFF).

"The loan funds will be used to finance investments in climate change  mitigation and technology adaptation technologies by local commercial  sub-borrowers in accordance with the standards and requirements of  GEFF in Armenia. The entire loan amount will be linked to investments  in the transition to a green economy. Clients will benefit from  technical cooperation in the form of training, capacity building and  project implementation support from specialized consultants under the  abovementioned program", the EBRD said in a statement.  It should be  noted that since its activities in the Caucasus in 1992, the EBRD,  has invested more than 10.64 billion euros in 652 projects in the  financial, corporate, infrastructure and energy sectors of the  region, and most of these investments were made in the private  sector.

HSBC Bank Armenia CJSC has been operating in Armenia since September  1995. The Bank's activities are predominantly focused on corporate  banking. According to the Financial Rating of Banks of Armenia as of  December 31, 2021, prepared by  ArmInfo, HSBC Bank Armenia ranked  10th in terms of total assets and 9th in terms of total loan  portfolio, amounting to 4.4% and 5% of market shares, respectively.  In terms of industry, most of HSBC Bank Armenia's loan investments  are in trade (26%), industrial sector (24%), catering/services (11%).  Moreover, investments in the SME sector exceeded 17% of the bank's  loan portfolio, while remaining at the level of 3% in the total  market volume. HSBC Bank Armenia managed to increase its net profit  by 42% in 2021, to $6.7 million. The bank's assets, taking into  account lending at the expense of London-based HSBC Bank PLC,  increased to $657 million, and loan investments reached $433 million.  The shareholders of HSBC Bank Armenia are HSBC Europe B.V. - 70% and  Wings Establishment - 30%.