Global catastrophe is approaching: Head of Mantashyants Entrepreneurs  Union  on  "side effects" of growth due to re-exports and Russian  immigrants 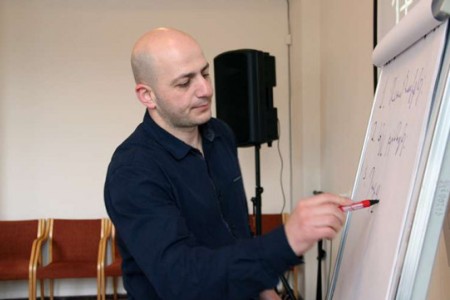 ArmInfo. The positive dynamics formed due to temporary re- export or Russian immigrants threatens to turn into a catastrophe for Armenia. Head of Mantashyants  Entrepreneurs Union Vahram Mirakyan stated this.

Meanwhile, exporters of the processing sector (canned food, wine,  brandy, dried fruits, etc.) have reduced purchases from farms this  year or are buying at a lower price in order to reduce the cost of  the product.  This, in turn, hurts the approximately 1 million farms  that grow agricultural products.

Mirakian warns - "If bureaucrats, out of touch with reality, continue  to think in their slow motion, processing companies will explode and  go bankrupt one after another. The process has already started.

In his opinion, processing enterprises are threatened with chain  bankruptcy, which will set Armenia's agriculture back for another  10-20 years. "In addition to that, in recent years, the state has  poured huge amounts of money into the agricultural processing sector,  and these amounts that the state gives will be cut.  I already know  manufacturers who are planning to close their factories in Armenia  and move them to Russia, because their market is there, and here they  will only import. Apparently, our state does not like value creators,  it only likes importers," the expert noted.

In addition, according to the head of the Union, after the explosion  on the Crimean bridge, control was tightened at the Upper Lars  checkpoint.

Vahram Mirakyan points out that as a result of the devaluation of the  dollar, other sectors also suffer:  inbound tourism, construction,  the IT sector, the investment attractiveness of Armenia is lost, etc.

The head of the Union calls for urgently providing all exporters with  a 20% cashback, with the exception of re-exporters. He also proposes  to subsidize the cost of freight to offset Lars' problems, subsidize  and invest in air freight. If the state does not take these simple  steps, according to him, it will suffer much greater losses.

A few days earlier, Vahram Mirakyan called on the country's  authorities to "devalue the dram at any cost", saying that Armenia is  at the initial stage of the "Dutch disease".