Iranian minister: Iran`s trade with Armenia will triple after the  country joins the EAEU 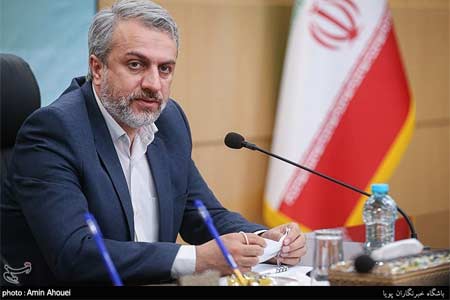 According to him, when Iran's membership in EAEU is completed,  bilateral relations will expand even more. The minister noted that  the Iranian economic delegation during its visit to Armenia last year  held extensive negotiations with their Armenian counterparts, which  had a significant effect in developing economic ties between the two  countries.

"Iran attaches great importance to its relations with neighboring  Armenia, especially in the economic sector," Amin said, expressing  hope for further strengthening of trade and economic activity between  the two countries. He added that since the beginning of the year  2022, a significant, more than 40 percent growth has been recorded in  the trade turnover between Iran and Armenia.

The Minister of Finance of Armenia, in turn, expressed hope that next  year the volume of bilateral trade between the two countries will  reach $1 billion.

It should be noted that according to the National Statistical  Committee of the Republic of Armenia, the foreign trade turnover  between the two countries for eight months of this year amounted to  about $427.4 million, with  an increase of 43.4% compared to  January-August 2021. At the same time, the volume of exports from  Armenia to Iran for the reporting period amounted to $74.4 million,  providing an increase of 82.6%, and imports - about $353.2 million  -with an increase of 36.1%.