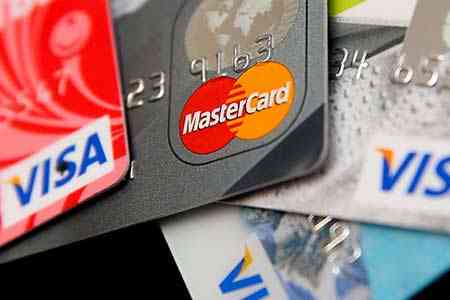 Moreover, among them co-badged  ArCa-MIR cards' number increased in y-o-y terms by 67.4%, and by  73.6%, for 9 months of the current year alone - reaching 11.740  thousand cards by October 1, and the high growth of these cards with  a trend of further acceleration of rates began to be observed since  March of this year. This is evidenced by the data of the Central Bank  of the Republic of Armenia.

Such growth of ArCa-MIR cards is explained by the influx of a huge  number of immigrants to Armenia, mainly from Russia, which began in  March, who, having moved, also moved their capital in order to  temporarily settle here with their families and register a business  until the outcome of the Russian- Ukrainian conflict and anti-Russian  sanctions is clarified , and with the announcement in the Russian  Federation in September of mobilization, a new influx of immigrants  followed.

In particular, out of the indicated number of ArCa-MIR co-badged  cards, most of them are debit cards of individuals - 10.503 thousand  pieces, and the remaining 1.237 thousand pieces, are payment cards of  individuals. It is noteworthy that in the y-o-y context, the  impressive 2-fold growth of debit co-badged ArCa-MIR cards was  accompanied by a decrease in settlement of ArCa-MIR by 28.2%. The  same dynamics was observed for 9 months of this year:  A 2-fold   increase in debit ArCa-MIR with a decrease in settlement of ArCa-MIR  by 23.1%.

As the Association of Tour Operators inRussia (ATOR) stated in  October, now Armenia has become the leader in the segment of card  tours for Russians, noting that the prices of such a "card" tour to  Armenia are comparable to other countries. On average, a trip to  Armenia with a card will cost Russians from 50-55 thousand rubles for  two (excluding the cost of air travel).

It should be noted that the procedure for obtaining international  bank cards in Armenia varies in its complexity depending on the  internal risk management procedures in the banks themselves. As a  rule, it takes about 2-3 weeks to receive a card, due to the need for  the customer to fill out a certain questionnaire and double-check its  data. Basically, the applicant is required to prove the existence of  certain business interests and even business activity in Armenia.   According to ArmInfo analysts, over 7 months (March-September),  Armenian banks issued over 150,000 bank cards of Visa and Mastercard  international payment systems to immigrants." Thus, according to the  agency, only from March to September the number of Visa cards  increased by 192.3 thousand, and Mastercard cards - by 29.6 thousand.  Moreover, during these months the number of other cards of  international systems (AmEx, HSBC Card, DC) has increased by 124.6  thousand.  In total, over 3 million bank cards are in circulation in  Armenia, of which about half are accounted for by the Visa  international payment system.  Taking into account the dynamics of  growth in the number of cards in Armenia in previous years, analysts  believe that over a quarter of a million bank cards have been issued  by Armenian banks to immigrants and "card tourists" over the past 7  months.  Meanwhile, the Russian media noted that this fall, Russian  tourists had new reasons for issuing bank cards abroad, as Turkey and  other countries stopped working with the Russian MIR payment system.  This will increase the demand for card tours by 15-20%.