If the potential for electricity export to Iran is activated, it will  affect domestic tariffs - Mher Grigoryan 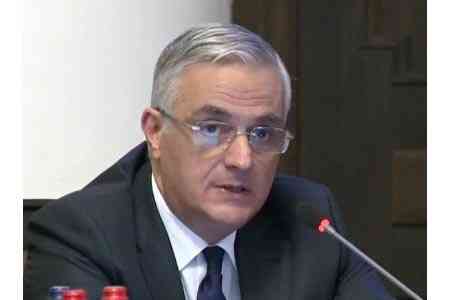 ArmInfo.The issue of Iranian gas supplies to Europe in transit through the territory of  Armenia entails the need to conduct research on the second layer of  the issue - the volume of gas, the cost of its transportation and the  volume of investments. RA Deputy Prime Minister Mher Grigoryan  announced this on November 16 during the government hour in the  Armenian Parliament.

According to him, the solution of this problem quite naturally brings  to the fore the opportunity to carry out such a large-scale project  with prudent resources. The Armenian side, as noted by the Deputy  Prime Minister, raised this issue in negotiations with its Iranian  partners, but in the context of swap deliveries. In any case, it is  necessary to assess the technical equipment of Iran's gas system and  the potential of its gas volumes. "No matter how interesting the idea  is, everything is not so clear-cut, especially from the point of view  of the economic feasibility of such a project," the Deputy Premier  said.  In this context, he pointed to the existing potential for the  export of Armenian electricity to Iran, and if used correctly, this  will have a positive impact on domestic electricity tariffs.