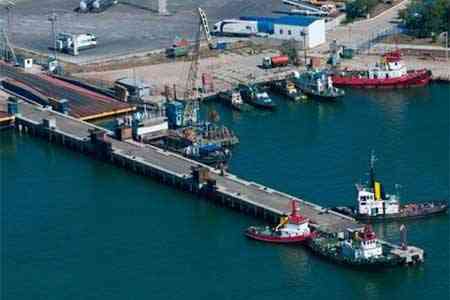 ArmInfo. Measures are being taken to launch the ferry service Poti - Port Kavkaz. Deputy Minister of Economy of Armenia Ani Ispiryan stated on November 18 at the forum "Economic Security and Stability of the EAEU Countries: Opportunities  for the State and Business".

According to her, the launch of the ferry service is expected in the  near future. The Deputy Minister added that significant progress is  being made on this project. She noted that with the launch of the  ferry, both the time and the cost of transporting Armenian cargo will  be reduced. At the same time, the Deputy Minister stressed, the  implementation of the program for the reconstruction of the Upper  Lars checkpoint continues in the Russian Federation.

It should be noted that the ferry service is intended to connect the  railway communication of Armenia with the EAEU railway system . The  state intends to subsidize the ferry service, in connection with  which the South Caucasus Railway will reduce tariffs by 30% in the  direction of Russia with a link to the Eurasian railway system.  Tariffs will also be reduced by Russian (by 50%) and Georgian (by  25%) railways. The operator of the port of Poti is one of the world's  largest shipping companies APM Terminals Poti, which imposed  sanctions against the Russian Federation in connection with the  Ukrainian-Russian conflict. As a result, transportation along the  planned route came under restrictions. Earlier, the Ministry of  Economy reported that negotiations were underway with the Georgian  port operator to remove restrictions on ferry transportation of goods  from Armenia and to Armenia