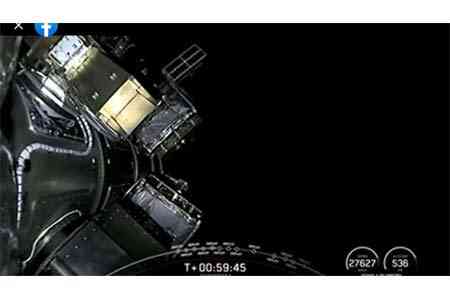 ArmInfo. Armenia has started work on the construction of its first satellite. Deputy  Minister of High-Tech Industry of Armenia Avet Poghosyan announced  this during a press conference on October 18.

"The accumulated potential and achievements allow us to say that we  will very quickly move on to organizing design work for the  construction of the 2nd state satellite," he said.

The deputy head of the department stressed that this satellite will  significantly differ from the one launched this spring (on May 25 of  this year, the first Armenian satellite was launched into low Earth  orbit within the framework of cooperation between the Armenian state  enterprise of "Geocosmos" and the Spanish "Satlantis" company, ed.  note). The differences will be not only technical, but also in the  fact that the design works and a significant part of the integration  will be carried out in Armenia. "In other words, it will be the first  satellite of Armenian production," said Poghosyan, stressing that  work in this direction has already begun.

In a conversation with an ArmInfo correspondent, he specified that  the satellite produced in Armenia will make it possible to obtain  better quality images due to the higher exposure meter and will have  longer-term usability. At the same time, he stressed that all  programs in the space sphere of Armenia, including the use of data  received from the satellite, are purely for peaceful purposes. This  also applies to border monitoring for security reasons.