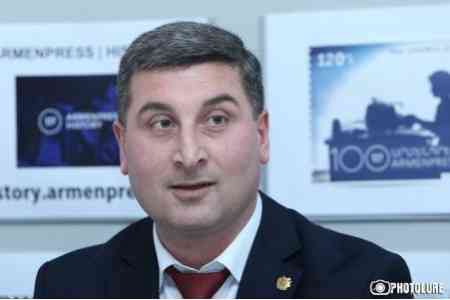 "Recent years have seen large-scale construction in Armenia - roads,  schools and water-supply lines have been constructed. We would like  to do more, but the local companies' potential is insufficient. So I  can state straightforwardly that we need you. We have much work to do  in our country and no one is going to interfere with your work here,"  the minister said.

The businessmen inquired about a number of details and showed their  interest in road construction, waste recycling, solar energy and  opportunities for their companies submitting tenders in Armenia.

In his turn, Mr Ghazaryan provided the information of interest to the  businessmen.