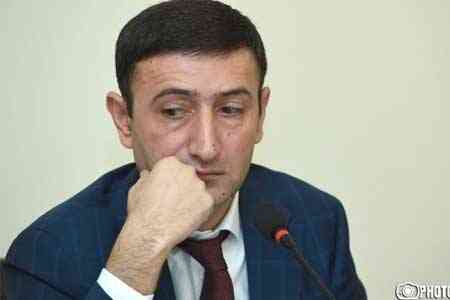 ArmInfo. As MP of the Civil Contract Faction, Deputy Chair of the NA Standing Committee on Economic Affairs Babken Tunyan assured, from July 1, 2022 the  tourists visiting and leaving our country sometimes have difficulties  connected with providing the compulsory demand of making payments in  on- cash way in obtaining goods exceeding 300.000 AMD in the duty  free shops.

As the press service of the RA NA reports, the NA deputy proposes  with the addendum to the law on Non-Cash Transactions not to spread  the enforcement of the law on the trade of the goods being carried  out in the procedure of Duty free trade, giving an opportunity to the  tourists visiting the Republic of Armenia to pay in cash without  restrictions It was also noted that the draft is of improving  importance.  According to Babken Tunyan, the draft law was debated  with the counterparts of the Government, but some issues need to be  adjusted, and conditioned by that it was proposed to postpone the  debate of the bill up to two months.  The legislative initiative was  presented at November 28 regular sitting of the NA Standing Committee  on Financial-Credit and Budgetary Affairs.