EDB forecasts 4.2% GDP growth in Armenia in 2023 and gradual  devaluation of AMD 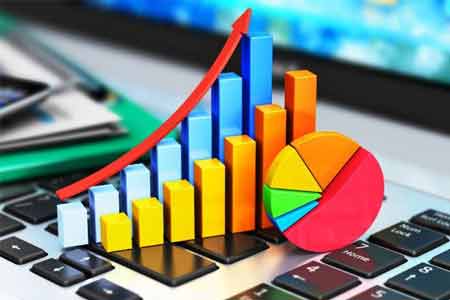 ArmInfo. According to the baseline forecast of the EDB, Armenia's GDP in 2023 will increase by 4.2%.

This is stated in the "EDB Macroeconomic Outlook:  the region's  economies to continue adapting to the new environment",  published  today.  Bank analysts believe that demand in Armenia will gradually  stabilize next year and economic growth will slow down near the  balanced rates of 4.2% and 4.3%, respectively, in 2023-2024. At the  same time, monetary conditions will have a neutral impact on demand  in 2023, while the impact of fiscal policy is estimated to be weakly  stimulating.

As stated in the Macroeconomic Outlook, there are both positive and  negative factors on the part of external demand that will affect the  Armenian economy. The slowdown in business activity in the world in  2023 will generally have an adverse impact. This will be expressed in  weak external demand for exported goods, in problems with their  supplies. A decrease in the volume of money transfers, including from  the USA, is possible. At the same time, the losses will be  compensated, firstly, by the reorientation of exports to Russia,  where, in the context of restrictions on exports from other  countries, new opportunities are opening up for the supply of goods  and services from Armenia. Secondly, in the context of the easing of  pandemic-related restrictions in the world, tourist flows to the  country will recover. The inflow of remittances from Russia is also  expected to continue.

In the baseline scenario, inflation in Armenia is projected at 4.6%  y/y at the end of 2023. It will return to the target range only in Q4  2023. Disinflationary factors will be the weakening of external price  pressure against the backdrop of tight monetary conditions in the  world, adjustment of demand in the country and overvaluation of the  dram.

By the end of 2024, price growth in Armenia may slow down to 3.3%.  This will be facilitated by the exhaustion of external inflationary  pressure and the stabilization of external and internal demand. In  the medium term, inflation will form within the target range of the  Central Bank of the Republic of Armenia (4 + - 2%, ed. note).

EDB experts in monetary and exchange rate policy  forecast that the  interbank lending rate (IBC), according to the baseline forecast  scenario, will decrease following the refinancing rate and will  average 7.6% in 2023. <We forecast the end of the refinancing rate  increase cycle in the first quarter of next year in the context of a  gradual adjustment in consumer demand and easing inflationary  pressures. The rate is projected to decrease to 6.6% by the end of  2023. In 2024, the interbank loan rate will be formed near 6.5%,  which will correspond to the stable location of inflation in the  target range of the Central Bank of the Republic of Armenia>, the  analytical report emphasizes.

The average y/y exchange rate of the dram against the dollar is  projected at 438 in 2023. The outstripping growth rates of imports of  goods and services compared to exports, devaluation expectations due  to the geopolitical situation, as well as expectations of the  devaluation of the ruble against the dollar next year will contribute  to the gradual depreciation of the dram. At the same time, the  national currency will be supported by the inflow of remittances,  foreign capital and the continued high level of tourist activity. As  a result, in 2023, dram overvaluation will be maintained, but it will  gradually start to decrease. The exchange rate will be near  equilibrium values until the end of 2024.

In the field of fiscal policy, bank analysts note that it has a weak  stimulatory. "The impact of fiscal policy on demand in the current  year, according to our estimates, will be restraining, given the  reduction in spending by 1.9 percentage points up to 27.1% of GDP. At  the same time, the government plans to increase the level of capital  expenditures by 1.6 percentage points to 4.7% of GDP in the current  year and by 1.2 p.p. to 5.9% of GDP in 2023, maintaining them at 6%  of GDP until 2025. The implementation of this plan will help improve  productivity and increase the potential growth of the Armenian  economy in the medium term. As part of the smooth fiscal  consolidation envisaged by the "RA Government's Medium-Term  Expenditure Program for 2023-2025", the level of expenditures will  stabilize around 28% of GDP, and tax revenues will grow by 0.4  percentage points in year.

The bank's analysts see the main risks for the Armenian economy in  the external sector. This is the likelihood of a deeper and longer  recession in the world's largest economies. With weak external  demand, exports and remittances will slow down. GDP growth in this  scenario is projected at 3.7% in 2023, followed by a 4.6% increase in  2024.

It is worth reminding that the majority of international donors and  the financial authorities of Armenia also forecast GDP growth in the  range of 4 to 5% next year.