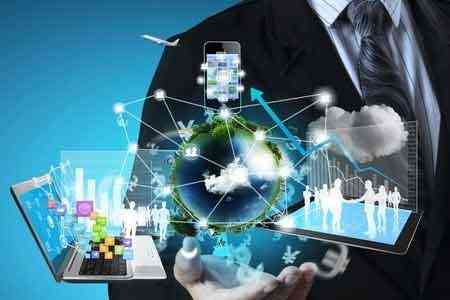 EDB Vice-President Tigran Sargsyan said that the contest will be an  annual event aimed at stimulating integration within the Eurasian  area, specifically among the EDB shareholders - Russia, Armenia,  Belarus, Kazakhstan, Kyrgyzstan and Tajikistan. The investment  component is a priority of the Digital Technology Fund. Mr Sargsyan  highlighted the importance of digitization in all the areas of life  the 21st century.

The participants will have to meet the following requirements:  applicants are supposed to describe a digital integration-oriented  project. The priority will be given to the content of the project,  which is expected to be in line with the mandate of the Digital  Technology Fund. Legal entities from the EAEU member-states can take  part in the contest. Only 10% of about 130 projects that participated  in last year's contest won, which is quite a good figure. About ten  integration projects are being elaborated, with one of them being a  medical tourism project by Russian developers.

Mr Sargsyan recalled successful implementation of the Travel without  COVID-19, with nine CIS member- countries involved. According to him,  the product is most useful in terms of heath services to EAEU  residents.

"We are trying to standardize the data for the Eurasian area," Mr  Sargsyan said. Specifically, it implies a common medical insurance  system.

Mr Sargsyan also emphasized the new application "Work in EAEU"  launched for those wishing. It contains about 18 services for labor  migrants.

The EDB-organized contest is aimed at strengthening the ties between  the EDB members by means of integration digitization projects.