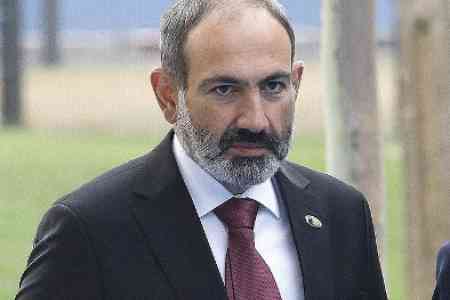 ArmInfo. On November 30, a meeting was held under the chairmanship of the Prime Minister of Armenia Nikol Pashinyan, during which the issues of introducing a  system of universal income declaration were discussed.

According to the press service of the RA government, the meeting was  attended by Deputy Prime Ministers Mher Grigoryan and Hambardzum  Matevosyan, heads of interested departments, chairmen of the head  committees of the National Assembly and other officials.

The steps taken so far to introduce the universal income declaration  system and plans for the near future were discussed. In particular,  an exchange of views took place on the operation of the system, the  maximum simplification of the declaration process and other issues.

The Prime Minister noted the importance of introducing the  aforementioned institution and stressed that it will be of key  importance in relations between the state and the citizen. Nikol  Pashinyan expressed confidence that the introduction of the universal  income declaration system will not only contribute to ensuring  transparency and developing human capital, but will also have a  significant anti-corruption effect.