Forecast: Without social support, poverty rate in Armenia could rise  to 49% 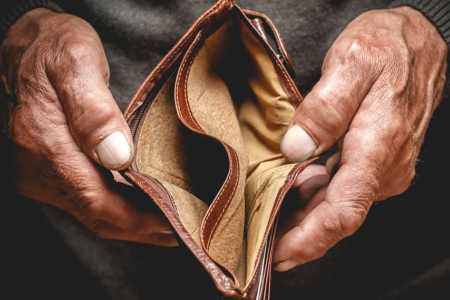 ArmInfo. The poverty rate in Armenia at the end of 2021 averaged 26.5%, of which 1.5% falls on the extremely poor population (against 27%, of which 0.7% is below the extreme poverty line in 2020). This is noted in the joint report of  the RA Statistical Committee and the World Bank: Social Snapshot and  Poverty in Armenia.

According to this report, estimates for 2021 show that if payments of  all types of social transfers (including pensions and social  assistance) are suspended and households cannot find other sources to  compensate for these losses, the overall poverty rate in Armenia will  almost double- from reporting 26.5% to 49%.

It should be noted that in the October forecast of the World Bank for  2022, the poverty level is already calculated on the basis of the  changed purchasing power parity. In particular, according to the WB  forecast, the poverty rate in Armenia may decrease in 2022 to 43.1%  from the estimated 48.9% in 2021 (calculated on the basis of PPP -  purchasing power parity at costs of $6.85 per day, against $5.50  previously). The World Bank forecasts: "Against a backdrop of strong  economic performance, poverty will continue to decline. However, high  food and energy prices can negatively impact distribution,  disproportionately affecting the poor. Moreover, the consequences  could have long-term effects, as lower-income households would be  forced to reduce food consumption and investment in assets, which  would hinder the accumulation of human capital." Meanwhile, back in  April of this year, RA Minister of Economy Vahan Kerobyan stated that  if it is not possible to distribute the registered economic growth  among everyone, in particular, to increase the incomes of vulnerable  segments of the population, then the poverty level in Armenia may  rise to 42% in 2022. In this regard, he explained: "Despite the  positive results, the future is full of risks, which is associated  with the Russian-Ukrainian conflict. This conflict creates problems  for agriculture, food security, which will also affect inflation.  Thus, the cost of the food basket will increase. And, consequently,  another 15% of the population will be below the poverty line.