Hakob Arshakyan: Despite advanced growth of high technologies,  level  of their use remains at  low level 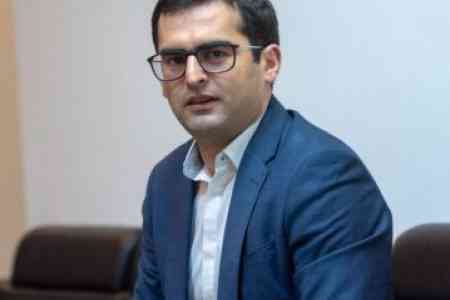 ArmInfo.The high-tech sector continues to confidently occupy a leading position as the  fastest growing sector of the Armenian economy. Vice Speaker of the  Armenian Parliament Hakob Arshakyan stated this during the Silicon  Mountains forum on December 9.

In his opinion, the fact of the influx of "talents" to Armenia  against the background of the regional crisis confirms that Armenia  has practically coped with the task of becoming a technological  center, if not on a global scale, then at least in the region.  However, Arshakyan pointed to countries in the region that compete  with their tax policies, developed infrastructures, and negotiations  with large companies. "This should be perceived as a challenge, and  it is necessary to make great efforts and do a lot of work in this  direction," the Vice Speaker emphasized.

According to Arshakyan, it is necessary to raise the connection  between science-education-industry- economics to a new fundamental  level. In this regard, he called on the IT community to cooperate  with the government, parliament in further organizational work, in  the context of program implementation, which will create a solid  foundation for ensuring communication between science, education,  industry and the economy. "This means that these areas should be  consonant with their programs and serve the same goals," he stressed.

It should be noted that according to the Statistical Committee, in  January-September 2022, the revenue of the information and  telecommunications technologies (ICT) increased by 58.4% per annum to  388.2 billion drams.  In particular, the indicated volume is  dominated by the service sector, which accounts for 78.2% or 303.7  billion drams (y-o-y growth of 40.7%), of which the majority is  provided by information technology - 194.1 billion drams (an increase  of 67. 6% per annum), and the telecommunications segment accounts for  104 billion drams, which is 5.6% higher than the indicator of a year  ago. The manufacturing segment traditionally accounted for the  smallest part - only 1.5 billion drams (or 0.4%), with a y-o-y  decline of 4.5%. The revenues of the ICT sector in the trade sector  have increased significantly on y-o-y terms from 27 billion drams to  83 billion drams.