Economist: Exchange rate stability in Armenia is due to seasonality and supposed intervention of Central Bank 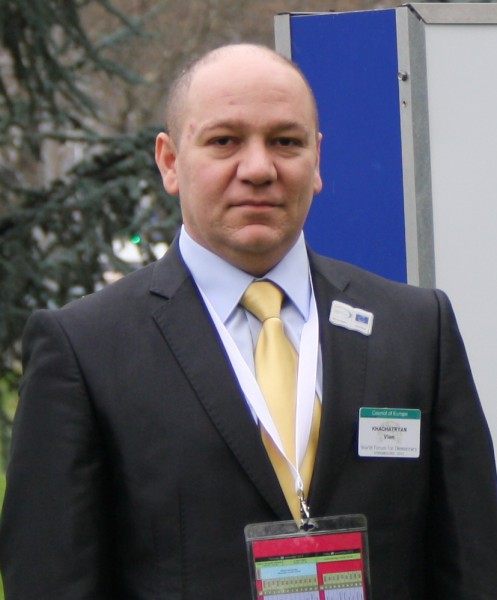 The exchange rate stability in Armenia is explained by the season of tourism, seasonal growth in the output of agricultural products, as well as by a supposed intervention of the Central Bank Armenia (CBA), Vilen Khachatryan, economist, senior research fellow at the Economy Institute of the Armenian National Academy of Sciences, said at a press conference on Tuesday.
He pointed out that due to these factors that ensure additional USD inflows to the Armenian economy, the AMD/USD exchange rate stays within 475-480 AMD/$1. However, by the season end in September the Armenian currency will feel the pressure of the depreciating Russian ruble (RUR): "in case of 10% depreciation of RUR we can face a 5% decline in the AMD rate," he said.
Khachatryan recalled that in May the gross international reserves of Armenia increased by $100 mln, and in June they dropped by $50 mln to $1.546 bln by 1 July 2015. The economist supposes that the CBA will keep supporting the AMD because the USD will keep growing given that the Federal Reserve System is expected to raise the discount rate shortly (in September-December 2015). In the meantime, the base interest rate of the Bank of England will also be raised. The decline in the world prices of oil will accelerate due to Iran's involvement in the market (for the moment being, Iran's oil reserves are 50 mln barrels). The quantitative easing (QE) policy of the European Central Bank will also contribute to this (it implies bond retirement worth 60 bln EUR per month).
At the same time, the quantity of dollars in Armenia is dropping due to the decline in the private money transfers. In Jan-June 2015, the inflow of the transfers amounted to $163 mln versus $190 mln a year
before. Along with this, the Armenian banks are reducing the lending. As of 1 July 2015, the aggregate loan book of the Armenian banking system amounted to 2.8 trillion AMD, 50 bln AMD less than at the
beginning of the year. The forex loans (1.4 trillion AMD) prevail over the AMD loans in the loan book and the exchange rate fluctuations immediately affect the borrowers of the USD loans.
POST A COMMENT